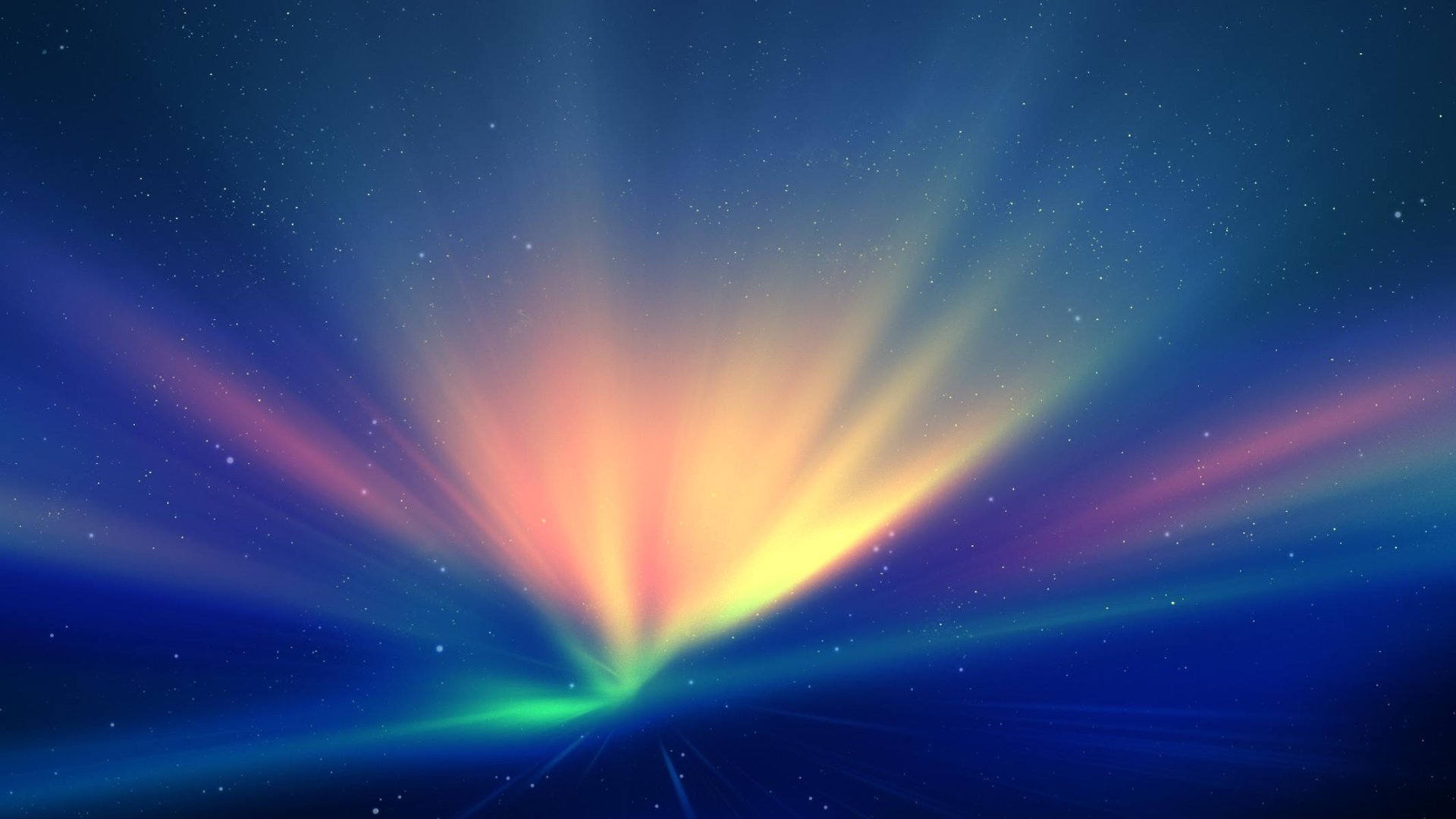 “The Map of Consciousness Explained: A Proven Energy Scale to Actualize Your Ultimate Potential” is a book written in by David R Hawkins MD., Phd., a widely known authority within the fields of consciousness research and spirituality, experienced clinician, scientist, and mystic

The Levels of Consciousness

Dr. David R. Hawkins, MD, PhD developed a “map” of the levels of human
consciousness (also called the Scale of Consciousness). The research was scientifically validated and
published in Dr. Hawkins’ doctoral dissertation and then outlined in his groundbreaking book, Power vs. Force: The Anatomy of Consciousness (Veritas Publishing, 1995).

Overview
Dr. Hawkins points out that the two greatest spiritual growth barriers seem
to be at level 200 and 500. Two hundred, the level of courage, represents a
profound shift from destructive and harmful behavior to life-promoting and
integrous lifestyles; everything below 200 makes one go weak using
kinesiology. Currently, approximately 78% of the world’s population is below
this significant level of 200. The destructive capacity of this majority drags down all
of mankind without the counterbalancing effect of the 22% above 200.
Because the scale of consciousness is logarithmic, each incremental point
represents a giant leap in power. As such, one person calibrated at 600
counterbalances the negativity of 10 million people below 200.
The second great barrier is level 500, or Love. Love in this context is a way
of being in the world. According to Dr. Hawkins, the reason the level of love
is so difficult to achieve is because our ego is so rooted in the physical
domain as opposed to the spiritual domain, which emerges at 500.
The 500s represent a very difficult hurdle, as only 4% of the
world’s population calibrates in the 500s. This level denotes a shift from the
linear, provable domain (classic physics or Newtonian physics) to the
nonlinear, formless, spiritual realm.
The 400s represent the level of reason, guided by the linear, mechanistic
world of form. Interestingly, the top echelon of intellectual genius, including
Einstein, Freud, Newton, Aristotle, etc., all calibrated around 499.
A person’s level of consciousness remains rather steady through the
lifetime. Emotions come and go like the passing wind, but a person’s
calibratable level is governed by specific energy fields in the nonlinear
domain which generally doesn’t waver. Over the course of a lifetime, the
average person’s level will change approximately five points (this is not a
statistical derivation, but an average discovered through Dr. Hawkins’
kinesiologic research). However, it is possible for an individual (such as a
spiritual aspirant) to have his or her level of consciousness jump (or drop)
hundreds of points in a single lifetime.

Enlightenment 700-1000
This is the highest level of human consciousness where one has become
like God. Many see this as Christ, Buddha, or Krishna. These are those
who have influenced all of mankind.
Peace 600-700
Peace is achieved after a life of complete surrender to the Creator. It is
where you have transcended all and have entered that place that Hawkins
calls illumination. Here, a stillness and silence of mind is achieved, allowing
for constant revelation. Only 1 in 10 million (that’s .00001 percent) people
will arrive at this level.
Joy 540-600
This is the level of saints and advanced spiritual people. As love becomes
more unconditional, there follows a constant accompaniment of true
happiness. No personal tragedy or world event could ever shake someone
living at this level of consciousness. They seem to inspire and lift all those
who come in contact with them. Your life is now in complete harmony with
the will of Divinity and the fruits of that harmony are expressed in your joy.
Love 500-540
Only if, in the level of Reason, you start to see yourself as a potential for the
greater good of mankind, will you have enough power to enter here. Here is
where you start applying what was learned in your reasoning and you let
the heart take over rather than the mind – you live by intuition. This is the
level of charity – a selfless love that has no desire except for the welfare of
those around them. Ghandi and Mother Theresa are examples of people
who were living at this level. Only 0.4 percent of the world will ever reach it.

Reason 400-500
The level of science, medicine, and a desire for knowledge. Your thirst for
knowledge becomes insatiable. You don’t waste time in activities that do
not provide educational value. You begin to categorize all of life and its
experiences into proofs, postulates, and theories. The failure of this level is
you cannot seem to separate the subjective from the objective, and
because of that, you tend to miss the point. You fail to see the forest
because you’re tunnel-visioned on the trees. Paradoxically, Reason can
become a stumbling block for further progressions of consciousness.
Acceptance 350-400
If Courage is the realization that you are the source of your life’s
experiences, then it is here where you become the creator of them.
Combined with the skills learned in the Willingness phase, you begin to
awaken your potential through action. Here’s where you begin to set and
achieve goals and to actively push yourself beyond your previous
limitations. Up to this point you’ve been generally reactive to what life
throws at you. Here’s where you turn that around, take control, and become
proactive.
Willingness 310-350
Those people around you that are perpetual optimists – this is their level of
consciousness. Seeing life as one big possibility is the cornerstone of those
operating here. No longer are you satisfied with complacency – you strive to
do your best at whatever task you’ve undertaken. You begin to develop
self-discipline and willpower and learn the importance of sticking to a task
till the end.
Neutrality 250-310
Neutrality is the level of flexibility. To be neutral, you are, for the most part,
unattached to outcomes. At this level, you are satisfied with your current life
situation and tend not to have a lot of motivation towards self improvement
or excellence in your career. You realize the possibilities but don’t make the
sacrifices required to reach a higher level.

Calibration Levels Below 200: The Ego
Courage 200-250
This is the level of empowerment. It is the first level where you are not
taking life energy from those around you. Courage is where you see that
you don’t need to be tossed to and fro by your external conditions. This
empowerment leads you to the realization that you are a steward unto
yourself, and that you alone are in charge of your own growth and success.
This is what makes you inherently human: the realization that there is a gap
between stimulus and response and that you have the potential to choose
how to respond.
Pride 175-200
According to Hawkins, since the majority of people are below this point, this
is the level that most people aspire to. It makes up a good deal of
Hollywood. In comparison to Shame and Guilt, one begins to feel positive
here. However, it’s a false positive. It’s dependent upon external conditions
such as wealth, position or power. It is also the source of racism,
nationalism, and religious fanaticism.
Anger 150-175
As one moves out of Apathy to Grief and then out of Fear, they begin to
want. Desire which is not fulfilled leads to frustration which brings us to
Anger. This anger can cause us to move out of this level or keep us here.
Desire 125-150
Desire is a major motivator for much of our society. Although desire can be
an impetus for change, the downside is that it leads to enslavement to ones
appetites. This is the level of addiction to such things as sex, money,
prestige, or power.
Fear 100-125
People living under dictatorship rule or those involved in an abusive
relationship find themselves at this level. There is a sense of paranoia here,
where you think everyone is out to get you. Suspicion and defensiveness
are common.
Grief 75-100
Many of us have felt this at times of tragedy in our lives. However, having
this as your primary level of consciousness, you live a life of constant regret
and remorse. This is the level where you feel all your opportunities have
passed you by. You ultimately feel you are a failure.
Apathy 50-75
The level of hopelessness and despair; this is the common consciousness
found among those who are homeless or living in poverty. At this level, one
has abdicated themselves to their current situation and feels numb to life
around them.
Guilt 30-50
Not too far from shame is the level of guilt. When one is stuck in this level,
feelings of worthlessness and an inability to forgive oneself are common.
Shame – below 30
At this level, the primary emotion one feels is humiliation. It is where most
thoughts of suicide are found. Those who suffer from sexual abuse are
often found here

We live in a Mirrorverse: our outer world is a reflection of our inner world